This guide is applicable for both old and new generation (5th and 7th generation) Amazon Fire 7 tablets.

Over the past few years, Amazon has been making aggressive moves to dominate the hardware market. They have introduced low-cost tablets, smart home devices, e-readers, and other gadgets.

I am in love with many of Amazon’s tech gadgets. They are affordable, and often the best options in their price segment. But the thing about Amazon gadgets is that they are priced low signup more users into the Amazon ecosystem. Every single tech gadget that Amazon makes – from the Kindle e-reader to Fire TV Stick – is heavily modified to make use of as Amazon ecosystem services as possible.

The Amazon Fire 7 (7th generation) tablet is no different. This is hands down the best tablet you can get for that budget. The hardware is good, but the issues lie on the software front. Amazon tablets run a heavily skinned and moded version of Android, which Amazon calls the “FireOS”. The Fire 7 7th generation tablet is loaded with Amazon’s bloat. Over time, the tablet gets slow because of the bloatware it hosts. Problem is, we cannot uninstall most Amazon apps.

But a few weeks ago, someone on XDA had found a way to hack into both 5th and 7th-generation tablets, permanently unlock its bootloaders and load TWRP (a custom recovery) on them.

We will need the following things to hack the Amazon Fire 7 tablet (Both 5th and 7th generation):

To open the tablet, you will also need:

We will need a Linux OS to run our scripts. If you use Windows or Mac and do not have access to a Linux machine, follow the steps below to get a workable Ubuntu (a Linux distribution) environment set up (you will need a flash drive):

After the process is complete, you will have a bootable Ubuntu 18.04.2 USB drive. You will need to boot to that USB drive.

Restart your computer and go to the BIOS by pressing DEL/F2/F8 (different for each computer). Adjust your BIOS boot setting to boot from the USB drive. Then Save and Exit.

You should be on the Ubuntu live instance. You do not have to install Ubuntu, we can work from our live environment.

After we have a workable Linux system up and running, we need to install the dependencies.

We now have a Linux system fully ready. We can now dive into hacking the Fire 7 tablet.

You will need to find the tablet’s corresponding pin. Take a look at the image below to see the pin we will need to short.

After you have the hardware side taken care of:

Now that we have TWRP and an unlocked bootloader, we can install LineageOS to replace the bloatware-riddled FireOS.

The first boot should take around 2 minutes. And after that, you will have installed LineageOS on your Fire 7 Tablet.

Welcome to the new journey! 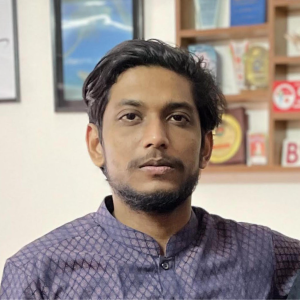 Ashik Ishtiaque Emon is a Google-certified Web Performance Expert and LPI-recognized Linux System Administrator. He travels and reads a lot. Reach him at [email protected]